Around the Town with Unity in the Community

Submitted by: Craig and Sharon Butts

“Voters Registration Sunday” was an event conducted last Sunday at EMMANUEL CHRISTIAN CHURCH located in Richmond Hill, where Pastor Daniel Boyd and his lovely wife Elisha Boyd are the leaders. Unity in The Com 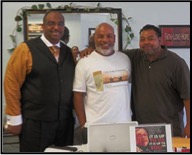 munity was invited to handle the coordination of this event and help the kick off that will continue this month.  This nonpartisan event is a way people of faith can play a unique role in this election cycle by encouraging civil responsibility that will build community and offer a hope-filled vision of the future for all people. Pastor Boyd feels that the “mission of the church is spiritual or religious not political” for reasons that are both theological and legal. The Church’s involvement in public life does not extend to endorsing candidates for election to public office nor calling for their defeat, yet ask people to get involved so they can vote their best interest.

Submitted by: Craig and Sharon Butts 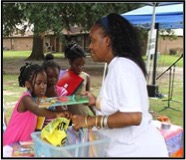 The young people at the Plantation Apartments celebrated going back to school with a Saturday afternoon event.  Unity in the Community partnered with the management and residents to make sure the children enjoyed their last weekend before classes began. While they played games, enjoyed the bouncy house, food and drinks, they were also able to show off their musical talents in a talent show sponsored by IM Entertainment. Parents were given the opportunity to register to vote.

Celebrating Diversity and Unity in the Community

Richmond Hill’s Unity in the Park Festival, coordinated by Unity in the Community, was a success once again. The second annual event took place at J.F. Gregory Park on Saturday, May 31st, and allowed for local business to be showcased to the entire community as well as bring the members together for a fun-filled day.

Unity in the Community Spreads Good Will at Holiday Market

Unity in the Community Around the Town of Richmond Hill 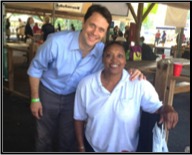 Last weekend, Unity in the Community was invited and come out and visit the Labor Day family picnic at J.F. Gregory Park. This year the picnic was recognizing all of the men and women who work, whether they are teachers, firefighters, police, farmers, and more. Whether its part time or full time, they all are the ones who make America run.

The organization is very grateful of Love’s support of Unity in the Community and Bryan County.

Richmond Hill Organization Reaches Out to Pooler During Holiday Market

On December 21, 2013, Unity in the Community was a part of the Pooler GA Holiday Market  in Pooler, GA.  In partnership with IM Entertainment, which provided holiday music for the event, Unity in the Community was able to reach outside the community and communicate with others about the need for unity while spreading cheer, good will and connecting with those who also believe in embracing diversity.

On Thursday, September 19th, the Richmond Hill Museum and Historical Society hosted their fourth annual reception and art show “Past and Present…Flora, Fauna, and Faces of Bryan” featuring Arts on the Coast artists creations. On display were photographs, stored in our archives, of diverse people and places whose identity is unknown to us. All members of our community were invited to come by and enjoy the art work and to help in the search to find the story behind each photograph. 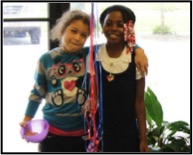 Over 50 people attended the Back to School Bash event on August 31, 2013. The sponsors of the event were Emmanuel Christian Church, Unity in the Community and The Ice Cream Stop. Vendor support consisted of Coaches BBQ, Lisa’s Chimichangas, and Tequila and Tangerine Event